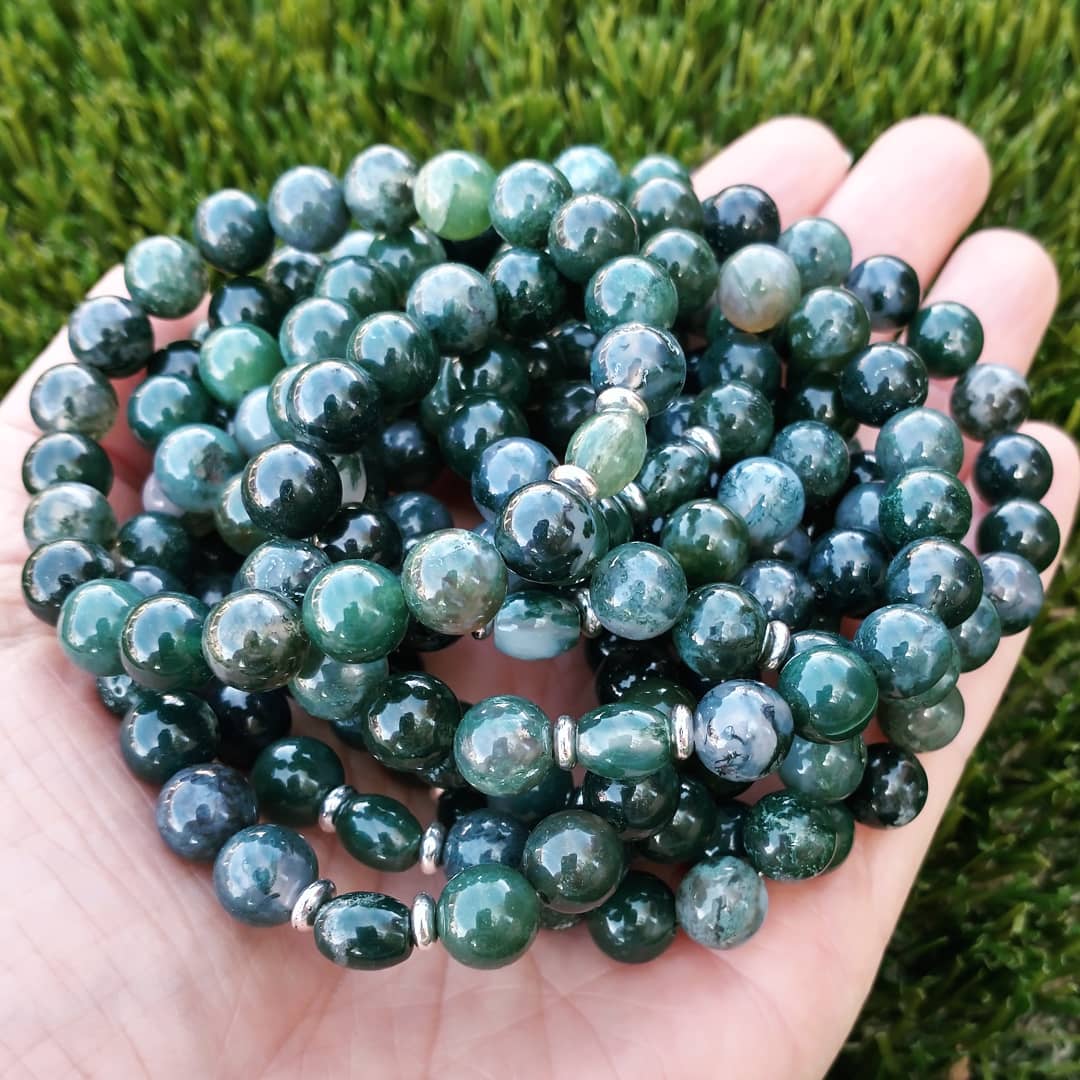 Moss Agate is a semi-precious gemstone with beautiful green shades ranging from sea green to dark forest green appear to float in the semi translucent stone. While moss agate isn’t strictly an agate because it’s not banded, the stone does have the same chemical composition and intriguing patterns of agate. Moss agate is a variety of chalcedony, belonging to the quartz family, and is often found as fragments from weathered volcanic rock formed in fissures or as pebbles rather than in traditional agate layering.

It can be found in different parts of the world like the USA, Brazil, Canada, Uruguay, India, South Africa, Russia, and Australia.

Metaphysically, Moss Agate is known as the stone of wealth, attracting abundance in all forms. In the workplace, it draws new business and gradual expansion, increasing prosperity over time. Moss agate is sometimes called the “gardener’s stone” because it’s said to help ensure a full crop.

**Please note that all metaphysical or healing properties listed are collected from various sources. This information is offered as a service and not meant to treat medical conditions. Fresh Picked Jewels does not guarantee the validity of any of these statements.