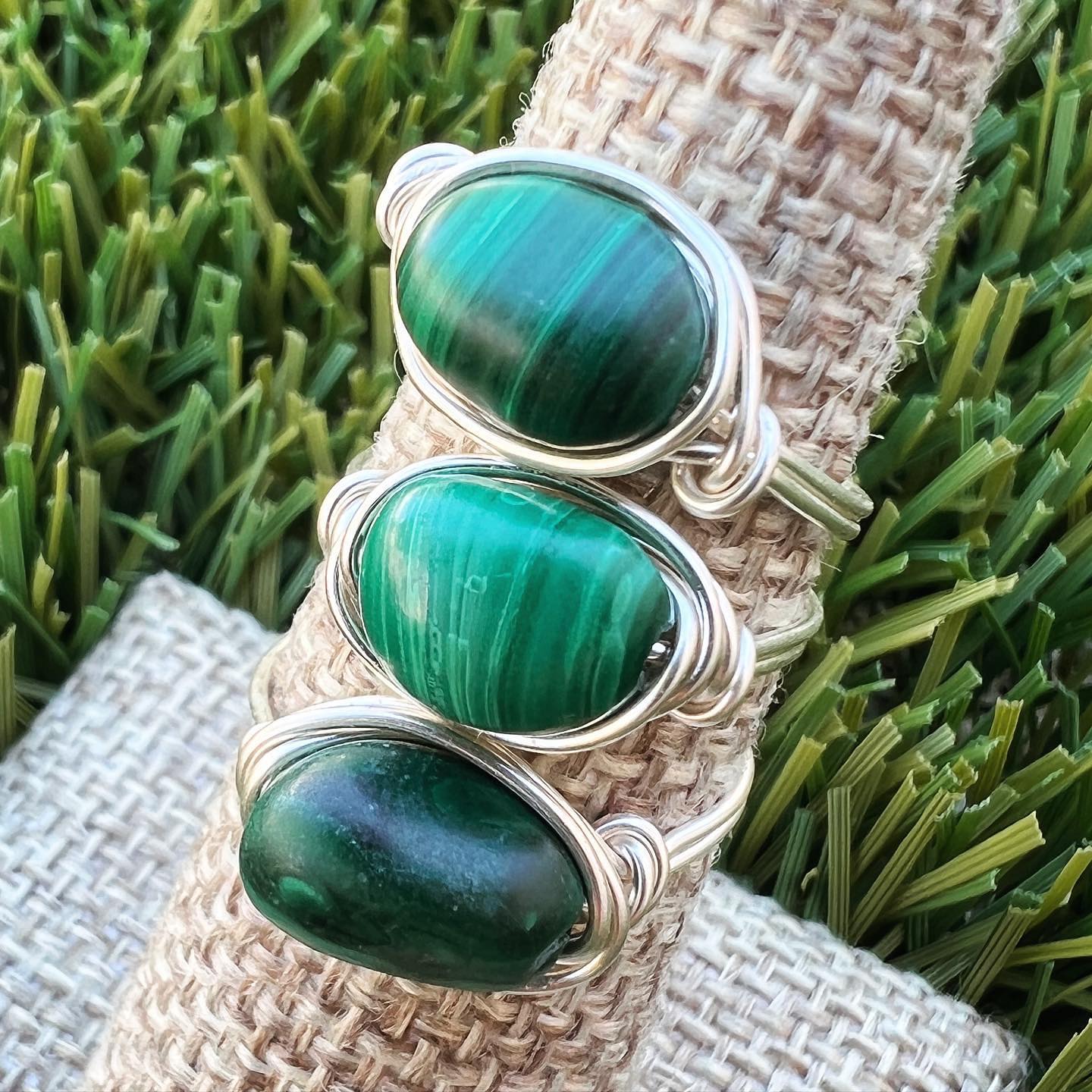 Malachite is a striking green marble-like stone that is mainly a hydrous copper carbonate compound. It is the copper content of malachite that gives it the green color.

Malachite is the essence of joy and is known as the “stone of transformation” because it helps reveal and heal emotional pain by absorbing the pain into itself. It is especially helpful in bringing ease during times of change and gives the insight needed for personal growth.

Malachite, pronounced (Mal-ah-kite), probably derives its name from either Greek malhe, meaning grass for its green color or Greek malakos, meaning soft because the stone lends itself well to being carved. With its concentric, eye-like rings of green that mimic the eye of a peacock feather, this stone has captured the imagination of many cultures for ages, and has been described by poets as spring grass swaying in the wind.

Well known to ancient Egyptians, Malachite mines were in use between the Suez and Sinai as early as 4000 BC. It was also popular with the ancient Greeks and Romans, for jewelry, ornaments, and in powdered form, for eye shadow. In the Middle Ages, Malachite was believed to protect against the “Evil Eye” and to cure various stomach ailments. Russian czars used Malachite for ornaments and paneling for their castles and intricate inlay work.