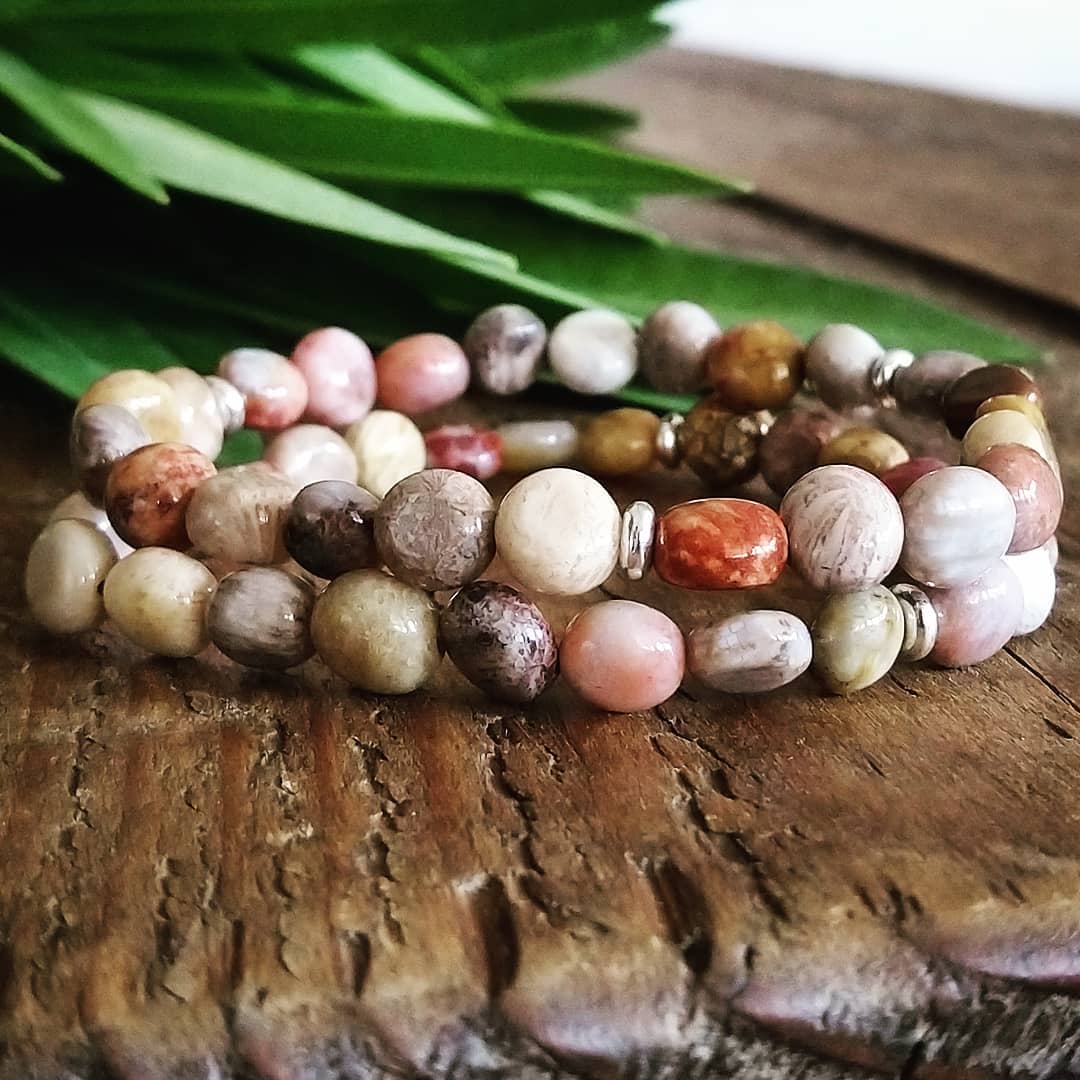 Chrysanthemum stone, the “flower stone,” varies naturally from shades of brown, mahogany to gold with dark inclusions that resemble flowers. Called the “Stone of Wealth and Honor”, it is the official symbol of the Chinese imperial family.

Chrysanthemum stone was formed many millions of years ago when the strata deposit of mud that was rich in organic materials occurred at the bottom of a sea. Chrysanthemum stone is comprised dolomite, gypsum-laden clay or limestone with crystals of andalusite, celestite, feldspar or calcite which form inclusions reminiscent of blooming chrysanthemum flowers. In addition to China, chrysanthemum stone has been found in Canada, Japan and the USA.